Burning straw in the open has become one of the main seasonal sources of fog and haze, which has been forbidden for many times; the excrement of livestock and poultry has become an important pollution source of water and air; the surplus of forest cutting, timber making and processing has accumulated in large quantities, which has become a hidden danger of forest fire and pests The biomass industry can transform these organic “wastes” and “pollution sources” into harmless and resourceful processes to transform high-end green energy and materials into a new world for modern agriculture and farmers’ income.

Today, environmental protection focuses on reducing emissions and eliminating haze. Compared with coal-fired power generation, biomass power generation has obvious advantages. Biomass solid fuel is low in ash and sulfur, and the emission of nitrogen oxides, sulfur dioxide, carbon dioxide and soot particles is far lower than that of coal-fired power generation. According to statistics, by the end of 2013, 28 provinces and autonomous regions in China had developed biomass power generation projects, with a total approved capacity of 12000 megawatts and an on grid power of 35.6 billion kwh. Biomass power generation is concentrated in the eastern part of China, where agriculture and economy are developed. Four provinces of Jiangsu, Shandong, Guangdong and Zhejiang account for 48% of the country’s electricity on the Internet. The difficulty of reducing haze is more than 500000 small and medium-sized coal-fired boilers of less than 20 tons. They are hard to clean and burn, highly dispersed in cities and towns, small in size and large in volume. They consume 270 million tons of standard coal annually, and emit 600000 tons of soot, 2.26 million tons of sulfur dioxide and 1 million tons of nitrogen oxides. Of course, “coal to gas” is good, but the “gas” source is extremely short and the cost is high. If these boilers are transformed to use biomass briquette fuel, there will be another picture. The smoke, sulfur dioxide and nitrogen oxides emitted by heating with biomass briquette are basically the same as the emission standards of natural gas. Although the heating price is slightly higher than the current coal, it is only 60% of the natural gas and 70% of the heavy oil. At the same time, heating with briquette fuel can also consume ten million tons of crop straw, create many jobs and increase the income of farmers.

High water content organic pollution sources such as livestock manure, organic waste water and residue from processing industry are the key points of environmental protection. The best way is to turn biogas into energy. Biogas can produce biogas containing about 60% methane under anaerobic condition, which can also be purified to biogas (bng) with 80% or 95% methane content and the same quality as common natural gas.

Biogas can be incorporated into the general natural gas pipeline network, and can also generate compressed vehicle fuel. According to relevant data, every cubic meter of biogas can drive 15% more mileage than a liter of gasoline, and the selling price is only 85% – 90% of gasoline; the emission of harmful gases in exhaust gas is only 10% – 50% of gasoline. In 2012, there were more than 13800 biogas plants in Europe, producing about 14 billion cubic meters of biogas. During the 10 years from 1999 to 2009, the number of biogas plants in Germany increased from 850 to 4780, and the installed capacity increased from 49 MW to 1600 MW, surpassing that of hydropower. 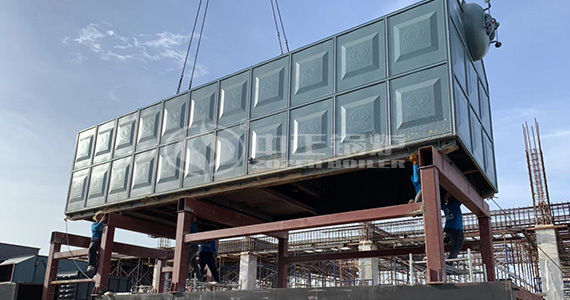 China has always attached great importance to the development of rural household biogas. In recent years, it has started to promote the industrialization of biogas. In March 2011, it completed the first domestic production of biogas with a daily output of more than 10000 cubic meters with high concentration organic wastewater of starch plant in Guangxi. Beijing Deqingyuan and Shandong Minhe and two large farms produce 20000 and 30000 cubic meters of biogas a day respectively. Henan Tianguan alcohol plant produces 300000 cubic meters of biogas per day, which is mainly used for rural heating. In 2015, the Ministry of environmental protection and the State Energy Administration jointly carried out the construction of Inner Mongolia biological natural gas demonstration area. China’s bio natural gas ushered in the spring of development.

According to the data of China Academy of Engineering in 2014, in 2009, the total amount of excrement emission of large-scale livestock and poultry breeding in China was about 837 million tons, with 47 billion cubic meters of biogas production potential. If straw and other organic wastes are added in the proportion of 1:2, it will have an annual production potential of more than 100 billion cubic meters of biological natural gas, equivalent to three times of the natural gas imported from Russia since 2018.

In addition, the production and consumption process of various biomass energy varieties are low-carbon, and the production process of biogas and biogas is even more negative carbon, which can make the plant nutrients return to the soil to the maximum extent, while turning waste into treasure, it can also solve the problem of energy use and income increase of farmers.