Home > PRODUCT NEWS > Biomass Based Boiler for and Heat

Biomass Based Boiler for and Heat

Biomass is a renewable energy widely used in industrial applications and power plants in recent years. Biomass combustion boilers are widely used for power and heat. 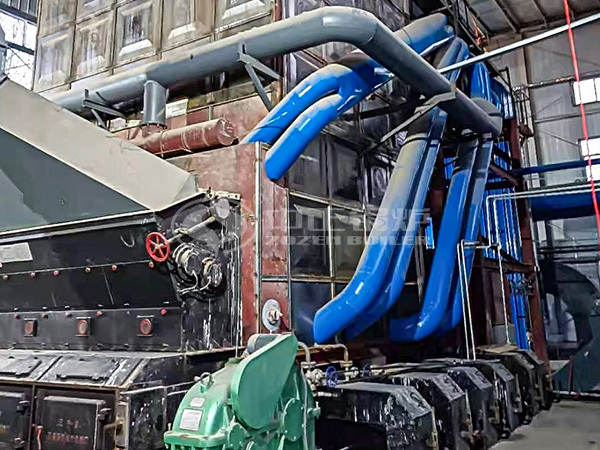 Biomaterial based combined heat and power (CHP) plant: The process of producing two useful forms of energy, usually electricity and heat, from the same fuel source. If there is an economic use of waste heat, cogeneration will greatly increase the overall efficiency of the power plant (and thus its competitiveness). If a good match can be found between heating and heating, the overall efficiency (thermoelectric efficiency) of a combined heat and power (CHP) plant (also known as a combined heat and power plant) is between 80 and 90 percent. The process of using the heat from biomass combustion for industrial processes (for example, drying products such as ceramic tiles) is well established in some industries, such as pulp and paper, sugar mills and palm oil mills.

> How to dry the moisture in the fuel of biomass-fired boilers?
> What causes the high exhaust temperature of biomass boilers
> Inspection and acceptance after boiler installation
> What is the function of slag produced by biomass boiler
> Some things to pay attention to during the operation of the biomass ring
> Why does the biomass boiler block material
COPYRIGHT © 1994-2019 BY Zozen boiler CO.,LTD ALL RIGHTS RESERVED.